January 13, 2020
Smart meter
T&T cube
SAF-T
What has the Smart Meter to do with the Standard Audit File for Tax? 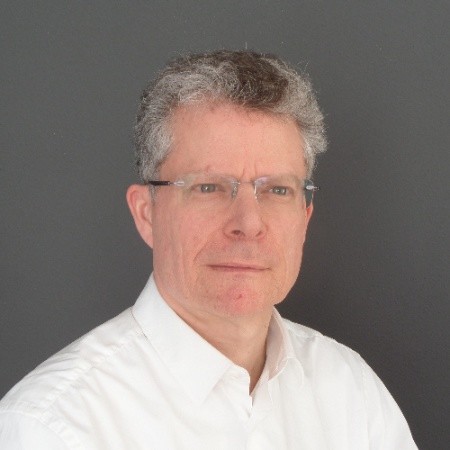 Those who read my previous blog may remember the Tax & Technology Cube. Now I want to elaborate on one of the mentioned intersections between technology and tax. And I will do so using a so-called smart meter.

What is a smart meter? It is a device which has been introduced in a number of countries and automatically transmits energy consumption readings to the energy supplying company. The traditional way to measure energy consumption is to pass on meter readings to the energy provider once a year. It is now increasingly replaced by the smart meter. The smart meter can be seen as a modem that automatically transmits the meter readings to the network operator (at say) every 15 minutes (or even at two second intervals). The idea behind the smart meter is that consumers get a better and more up-to-date view of their energy consumption and will, therefore, use energy more efficiently. Nowadays, smart meters are rapidly spreading among the European Countries, as well as the United States due to the global consensus about the necessity of decreasing the electricity consumption. The Netherlands aims to have at least 80% of the households using a smart meter by 31 December 2020.

It can be said that it is more efficient to increase the frequency in which data is collected than to tap into additional data sources.

In most of the cases these smart meters entail functionalities whose analytic capabilities go far beyond the basic automated readings for billing purposes. Increasing the frequency at which the consumption readings are transmitted has a number of consequences. For example, from the data transmitted by the smart meter, it is possible to find out what kind of equipment a consumer uses. Every device has its own specific energy consumption pattern. This is different for a washing machine than that for a refrigerator or a lamp. It is also clear whether an energy-saving lamp is switched on or a less energy-friendly one is being used. The patterns of energy consumption are even so specific that even type, model and age of an appliance can be derived from this data. If only the interval at which the consumption is transmitted is small enough.

Such an analysis is not extraordinarily complex. The comparison of the patterns is sufficient enough. The analysis of the data can go a step further because every consumer who is part of a household has his or her own specific pattern. For example, one will first switch on a lamp and the other will switch on the TV button before attending to a coffee maker. If data is collected for long enough, it will eventually be clear of how many people a household consists of. Even more, it is conceivable that the data is compared with what is known from other sources. Thus, it appears that in general women shower with warmer water than men and on the basis of this fact the further composition of a household can be distilled. The analysis can even go so far that life patterns can be mapped.

In the Netherlands, and a number of other countries, mapping the types of devices that are used may only be done with the consent of the consumer. The mapping of living patterns is forbidden.

My blog it is not about all kinds of privacy aspects, even though the necessary criticism can be made. As a reader, you might wonder what the smart meter has to do with tax.

It is clear that with the increasing velocity the possibilities of extracting useful information from tax data will explode.

The smart meter illustrates an important characteristic of data. How? The data remains the same, namely: consumption. The number of sources also remains the same, namely one: the consumer. Yet the possibilities of extracting useful information from the data explode. Thus, from marketing perspective, electronic stores will find it valuable to know who is using a computer which is older than three year. To name just one example. Big data is often defined on the basis of the five V’s. Namely: Volume, Velocity, Variety, Veracity and Value. And in this context it is about Velocity. A fast flow of data, as close as possible to real time. In short, increasing the frequency (reducing the interval) at which data is collected has the consequence that more useful information can be distilled from this data. The relationship between frequency and economic value of data is exponential.

It can be said that it is more efficient to increase the frequency in which data is collected than to tap into additional data sources. This is because extra data sources result in proportionately more costs due to the development of all kinds of formats.

It is precisely this characteristic of data that a number of tax authorities in Europe use to collect data for compliance purposes. A number of countries have introduced all kinds of reporting obligations based on the Standard Audit File for Tax (SAF-T) as published by the OECD in 2010.

For example, on 1 July 2017, Spain introduced the Immediate Supply of Information (known as the ISS-standard). This means that large companies must report their sales and purchase data to the Spanish Tax Authorities within four working days. Hungary introduced Real Time Information Reporting on July 1, 2018. As a result that all companies registered for VAT must provide the Hungarian Tax Authorities with the data of the sales invoices within 24 hours. This is the way in which the velocity of data – as illustrated by the smart meter – enters the tax field. It is clear that with the increasing velocity the possibilities of extracting useful information from tax data will explode.