February 11, 2020
Blockchain
Taxation
Challenge
Is blockchain the remedy for the tax problems? 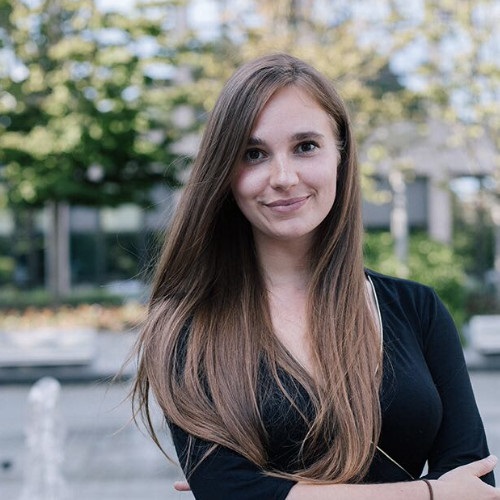 Digitalization is an unstoppable process and terms such as "bitcoin" and "blockchain" have been the most hyped topics of recent years. In spite of their growing popularity, those terms still tend to create confusion. However, we all need to face reality: the world is on the cusp of a technological revolution and new technologies will change the current state of play in the tax world.

Only a few years ago blockchain remained a relatively obscure technology. Currently, this distributed-ledger technology is widely seen as a potential tool to offer solutions to many problems facing governments and international businesses. It is generally implied that blockchain technology in the long term might have a positive influence on one of the most important areas of public life: taxes, especially indirect taxes (such as VAT). Nowadays, we can observe that some of the non-EU countries, such as Thailand or Saudi Arabia, are in the process of testing blockchain and checking the efficiency of this technology in their VAT systems. Even in the latest paper of the VAT Expert Group of the European Commission, it has been acknowledged that implementing and adopting new technologies, such as blockchain, could be seen as an opportunity to improve the VAT system in the EU.

"The world is on the cusp of a technological revolution and new technologies will change the current state of play in the tax world."

One might ask: why blockchain? In short, blockchain is an open, distributed ledger technology that can track and record digital transactions involving any item or service of value using cryptography and the so called “hashing” technology. In other words, blockchain technology creates a ledger of transactional data that is transparent and efficiently run, because every change is validated in the shared database in real-time. The tax authorities by using blockchain could create an automated system that labels transactions and makes the contracts “smart”. According to enthusiasts, the use of blockchain could raise the level of transparency, immediacy, security with reporting to a higher standard and significantly improve tax collection.

Nonetheless, despite this great enthusiasm, two key questions should be raised in the first place: are we actually ready to implement blockchain into our tax systems? And is blockchain the remedy for our tax problems?

"The main question raised in this post whether blockchain is the remedy for the tax problems remains a relatively open question."

There are serious practical and legal limitations to the widespread adoption of the blockchain technology in the tax system, such as potential clash with “the right to be forgotten” of the GDPR (privacy issues), lack of agreed standards between tax authorities, limited scalability of blockchain for transactional purposes, huge costs and major difficulty to design and build a more secure blockchain system than a comparable centralized system. In addition, what is worth mentioning is a so-called “blockchain trilemma”: how and whether it is possible to combine and adopt three main characteristics (decentralization, security, and scalability) of blockchain technology at the same time.

The main question raised in this post whether blockchain is the remedy for the tax problems remains a relatively open question.

If you want to find answers to this question, have a discussion, and get to know more about blockchain technology and its implication in tax, you are more than welcome to come to the launching event “Tax and Blockchain” of the Tax&Technology Meet Up group on 21st of February 2020, 8.30 – 10.00 am at Vrije Universiteit Amsterdam! You can subscribe through the link below!

Come and discover the world of Tax & Technology with us!